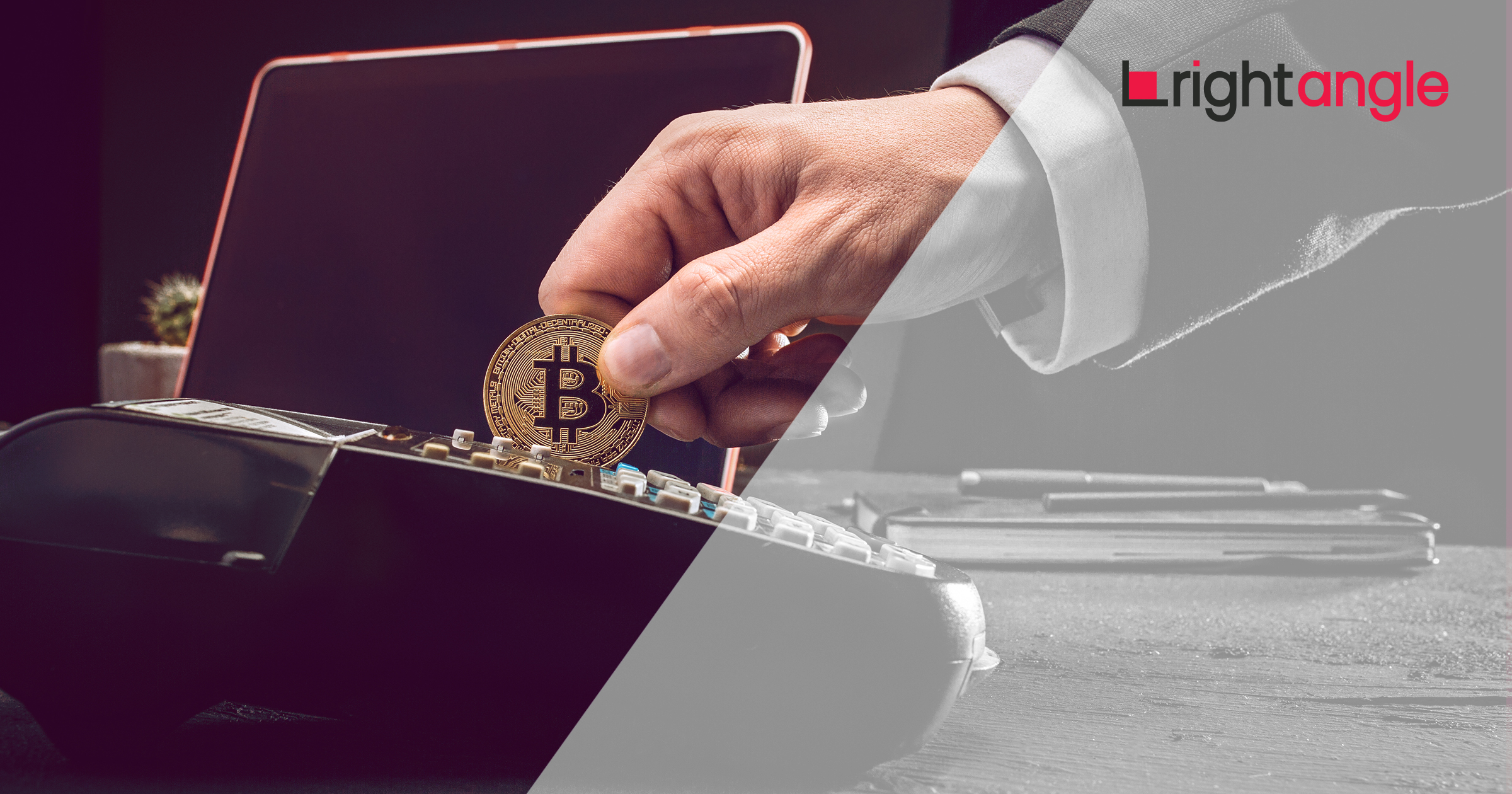 A blockchain is a decentralized database that is shared across computer network nodes and stores data in a digital format.

Blockchains are well recognized for their critical function in keeping a safe and decentralized history of transactions in cryptocurrency. Some people feel that this technology has all it takes to transform practically every aspect of our lives, far beyond the influence of cryptocurrency on our financial portfolios.

A number of experts believe that blockchain will continue to alter the way people do business. Even cryptocurrency sceptics recognize the value of blockchain technology. According to Chris Chen, CFP of Insight Financial Strategists in Newton, Massachusetts, blockchain will last much longer than trendy cryptocurrencies such as Bitcoin which he describes as a “flash in the pan.”

From delivering financial services to managing voting systems, blockchain technology could prove to be useful for a variety of reasons. Can cryptocurrencies keep up?

Cryptocurrency and its environmental issue

Nowadays, blockchain is most commonly used as the basis of cryptocurrencies (among the most popular of which are Bitcoin and Ethereum). Forbes rates Bitcoin as the number one cryptocurrency with a market capitalization of US$880 billion.

Its value has soared as it has grown in popularity. In May 2016, a Bitcoin could have been purchased for around US$500. In 2021, its price reached an all-time high with values exceeding US$65,000.

The news by Tesla that it had purchased 1.5 billion dollars worth of digital coinage ignited widespread interest. Today, the price of a single Bitcoin is US$46,300 (as of April 1, 2022) representing an increase of over 9,000% compared to its value in May 2016. 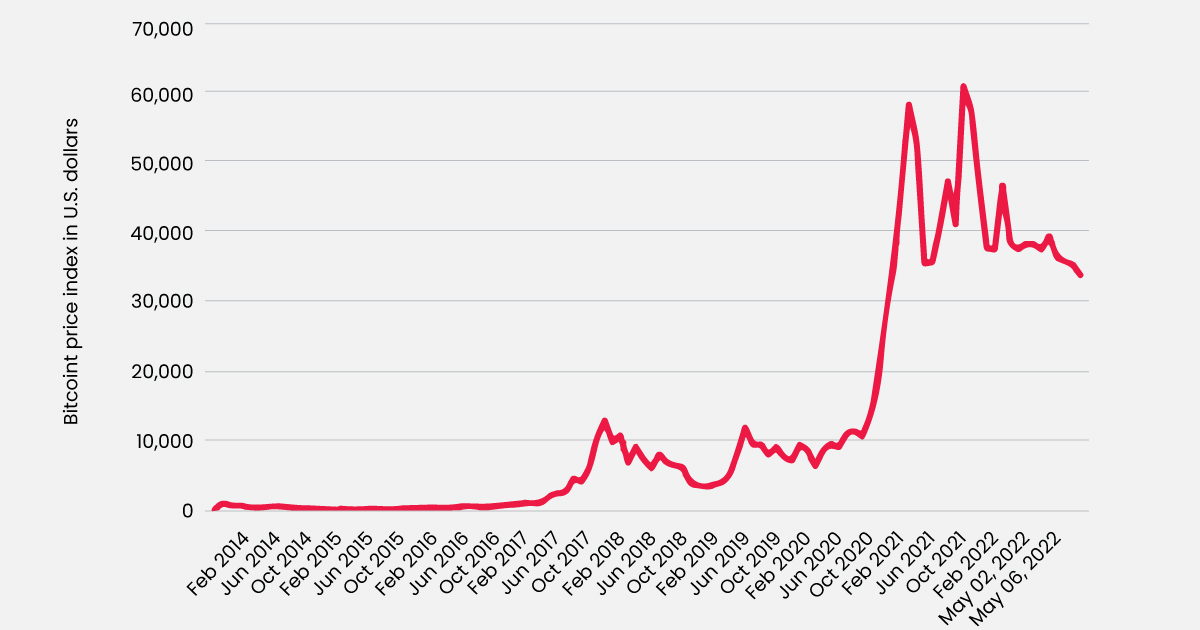 Some believe that Bitcoin represents the “new money” and the foundation of a revolutionary economic system that is both digital and decentralized. Anyone willing to participate is welcome to do so, all that is required is a computer with access to the internet, and power, obviously.

However, Bitcoin’s demand for electricity has sparked the concern of some organizations and environmental activists. Crypto miners employ devices that require a great deal of energy to tackle the difficult cryptographic issues that Bitcoin employs to prevent manipulation.

Experts have calculated that the mining of Bitcoin requires roughly 150 terawatt-hours of power every year which is more than the power consumed by the entire population of Argentina (45 million people). Annually, the production of such an amount of energy releases 65 megatons of CO2 into the atmosphere. That number is expected to grow.

The energy usage of cryptocurrency mining is a widely discussed topic. Fans of the industry claim that encouraging miners to employ green energy sources will reduce the industry’s climate change contribution yet the demand for Bitcoin dramatically increased its carbon footprint in 2021. 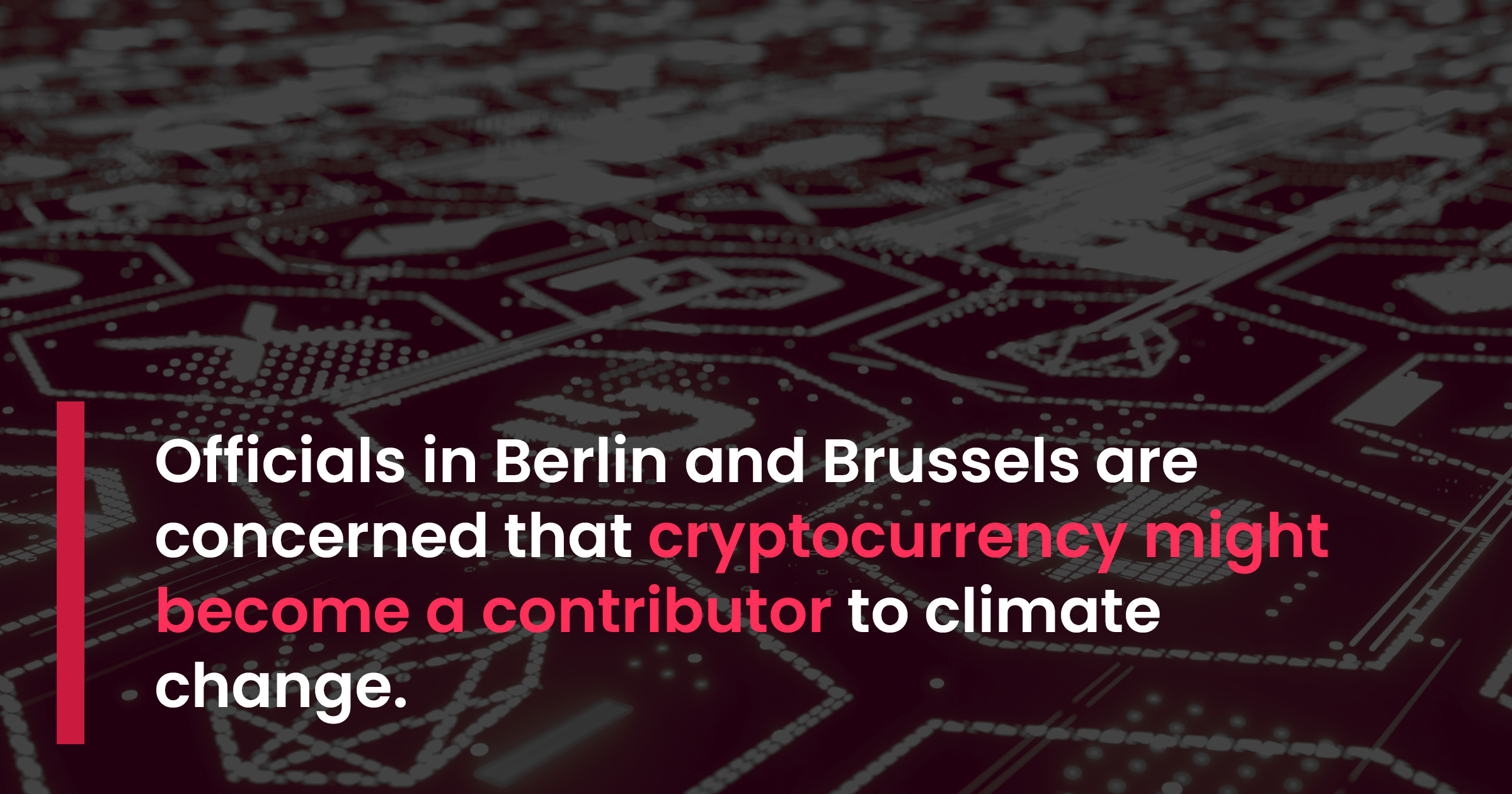 According to certain sources, the European Commission, along with the German government, have secretly been discussing a possible prohibition on Bitcoin mining and trading.

It is interesting to note that the People’s Bank of China decided to ban all cryptocurrency transactions in September 2021. This was accompanied by criticism of the role of cryptocurrencies in aiding financial crime as well as the possible risk to China’s financial system. Another rationale for the ban is an attempt to curb the exodus of capital from China.

Following this, more Bitcoin data centers have sprouted up worldwide and the United States is no exception with mining farms appearing near oil wells and inactive coal-fired power facilities, for example.

All of which raises concerns that a significant level of Bitcoin’s power requirements will be met by fossil fuels.

On April 14, 2022, Bloomberg announced that EU authorities were discussing a plan that could potentially ban the mining and trading of power-consuming cryptocurrencies such as Bitcoin but this has not received approval from a parliamentary committee.

Earlier in 2022, the EU’s Economic and Monetary Affairs Committee approved a final draft of the Markets in Crypto-assets (MiCA) legislation which featured a provision requiring any crypto assets traded or produced within the bloc to meet minimum environmental sustainability requirements. The vote to introduce the proposed legislation was lost with 23 votes in favor, 30 votes against, and 6 abstentions. 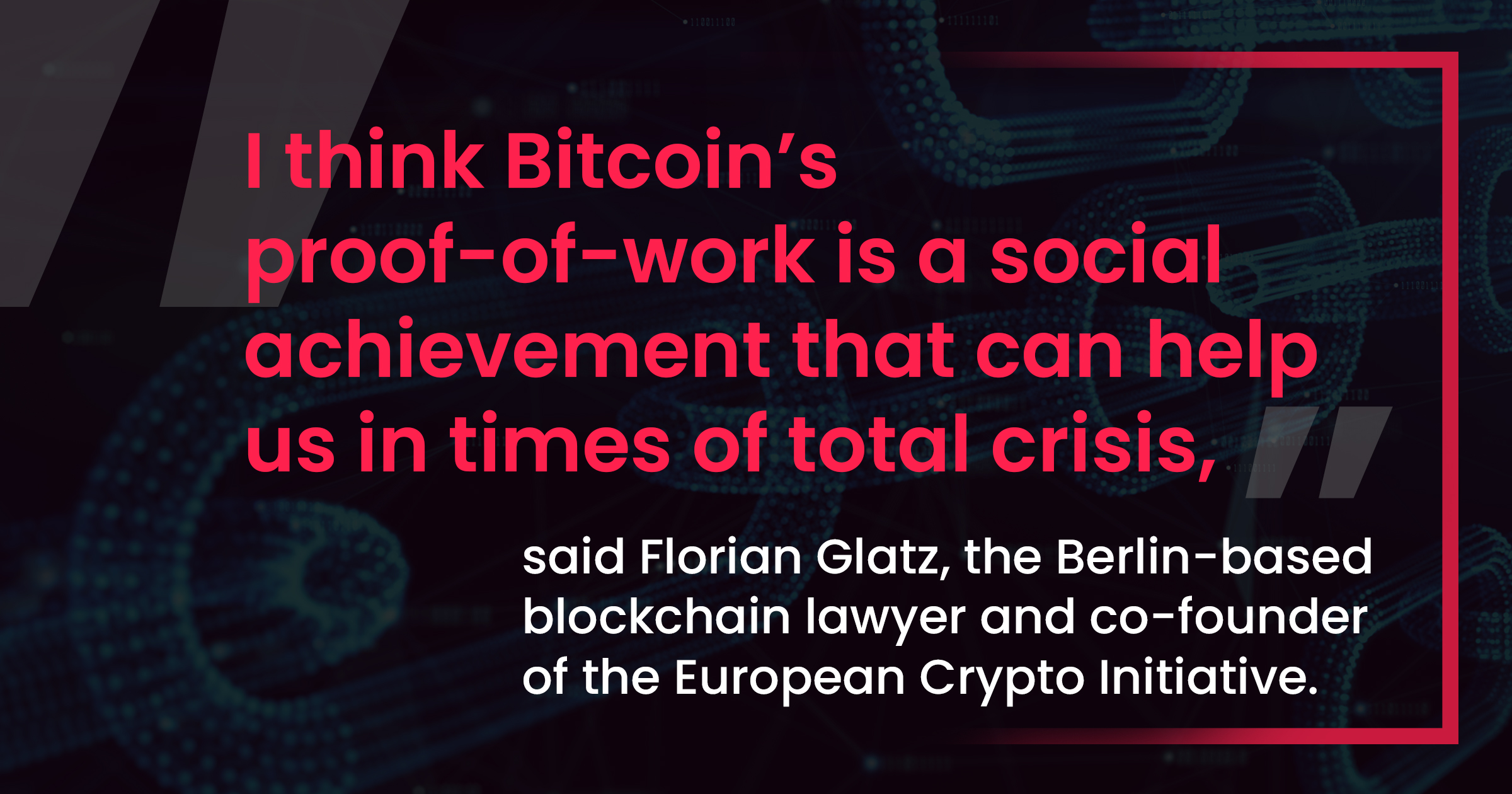 Many people may wonder what value Bitcoin and other cryptocurrencies will offer investors in the near future. However, some experts believe crypto investment to be rather controversial with no history on which it would be possible to make predictions.

So far, according to some experts, investing in cryptocurrency is a viable solution, yet they advise these investments should be small and should never be prioritized over other financial goals such as retirement savings and debt repayment.

Seven technology trends to be followed in 2022

Five healthcare solutions in the Metaverse

How RightAngle thinks beyond the customary approach (video)?

adminBlockchain technology and cryptocurrency skepticism. Is the Bitcoin ban worth it?05.09.2022
Register as an expert
🍪 We use technical and analytics cookies to ensure that we give you the best experience on our website.      Find out more.