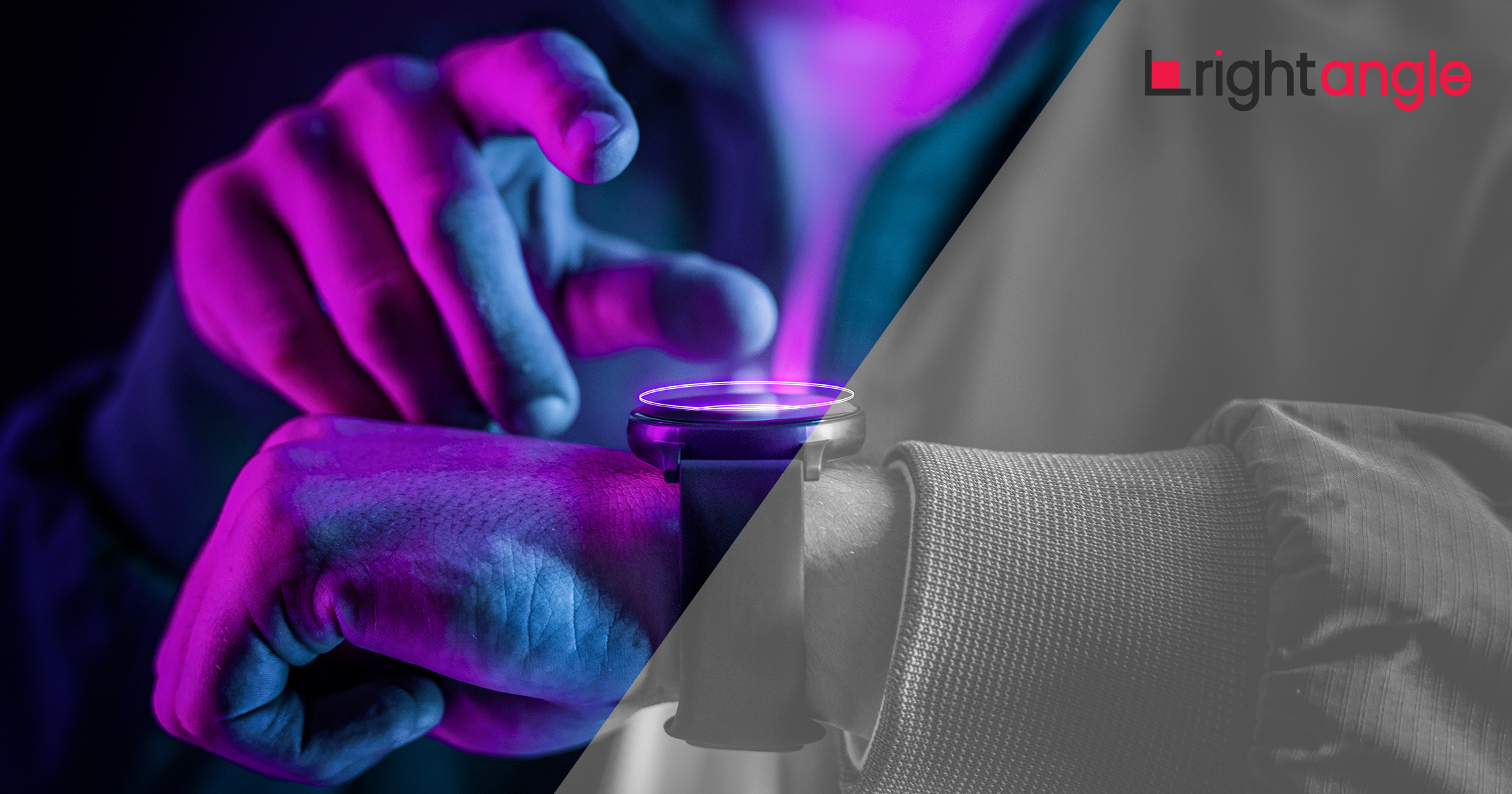 You might think they only emerged in the last decade or so but the first wearable computer was developed in 1960, being the work of Edward Thorp and Claude Shannon. This device was not used for health purposes though, it was used for gambling (to foresee where the roulette ball would fall).

Sixty years later, doctors, scientists and engineers are developing wearable gadgets that can track in real-time data on numerous details regarding your health, spot problems before they become serious, and even offer individualized health advice. Furthermore, this data can be immediately transmitted to your doctor or a healthcare expert.

Wearable technology has a wide range of uses in healthcare, from Parkinson’s disease to physiological ailments including cardiovascular problems, hypertension, and muscular issues.

Here are the top five categories of wearable healthcare tech

The demand for wearable tech is continuously rising, with businesses seeing the advantages of providing wearable health technology to their customers and staff. Here’s some of the wearable healthcare tech that is worth mentioning: 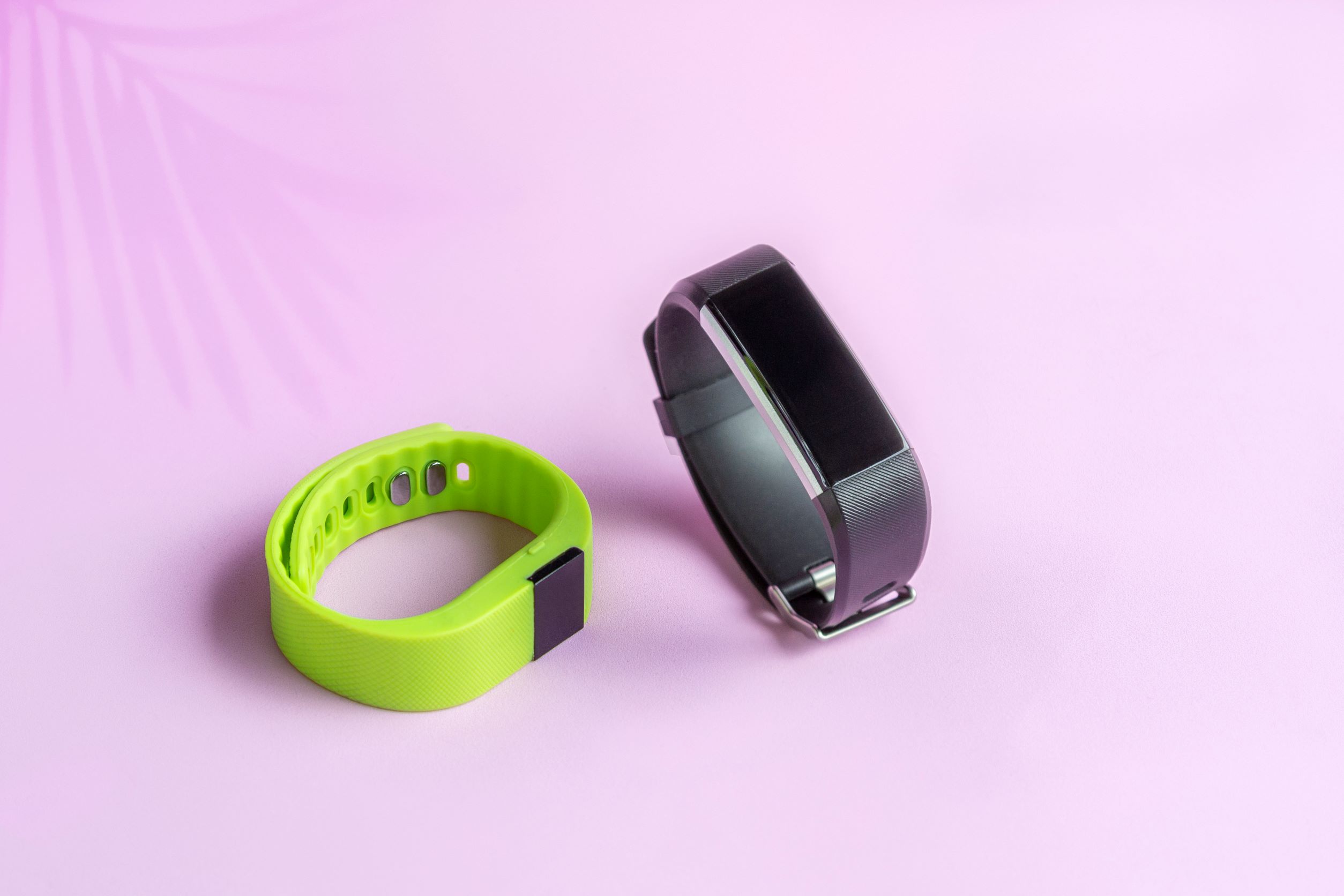 Fitness trackers (wristbands fitted with sensors to monitor your physical activity and heart rate) are among the simplest and most inventive examples of wearable devices. By connecting to your smartphone, they offer their user data on health along with exercise tips.

Since an increasing number of people are becoming health conscious and this trend is backed up by the increase in spending on healthcare, the global fitness tracker market is expected to reach US$159.74 billion by 2030. Around 206.4 million people used activity tracking wearable devices such as fitness trackers globally in 2021. In the forthcoming four years, this number is expected to grow by 50%, hitting 323.3 million in 2026.

According to a recent study carried out by researchers at Massachusetts General Hospital, using modern wrist-worn wearables was linked to a lower risk of stroke. In addition, experts noticed that the use of these devices makes it easier to spot atrial fibrillation episodes. This is because they can monitor for prospective cardiac rhythm irregularities almost non-stop and issue a warning message to the owner. 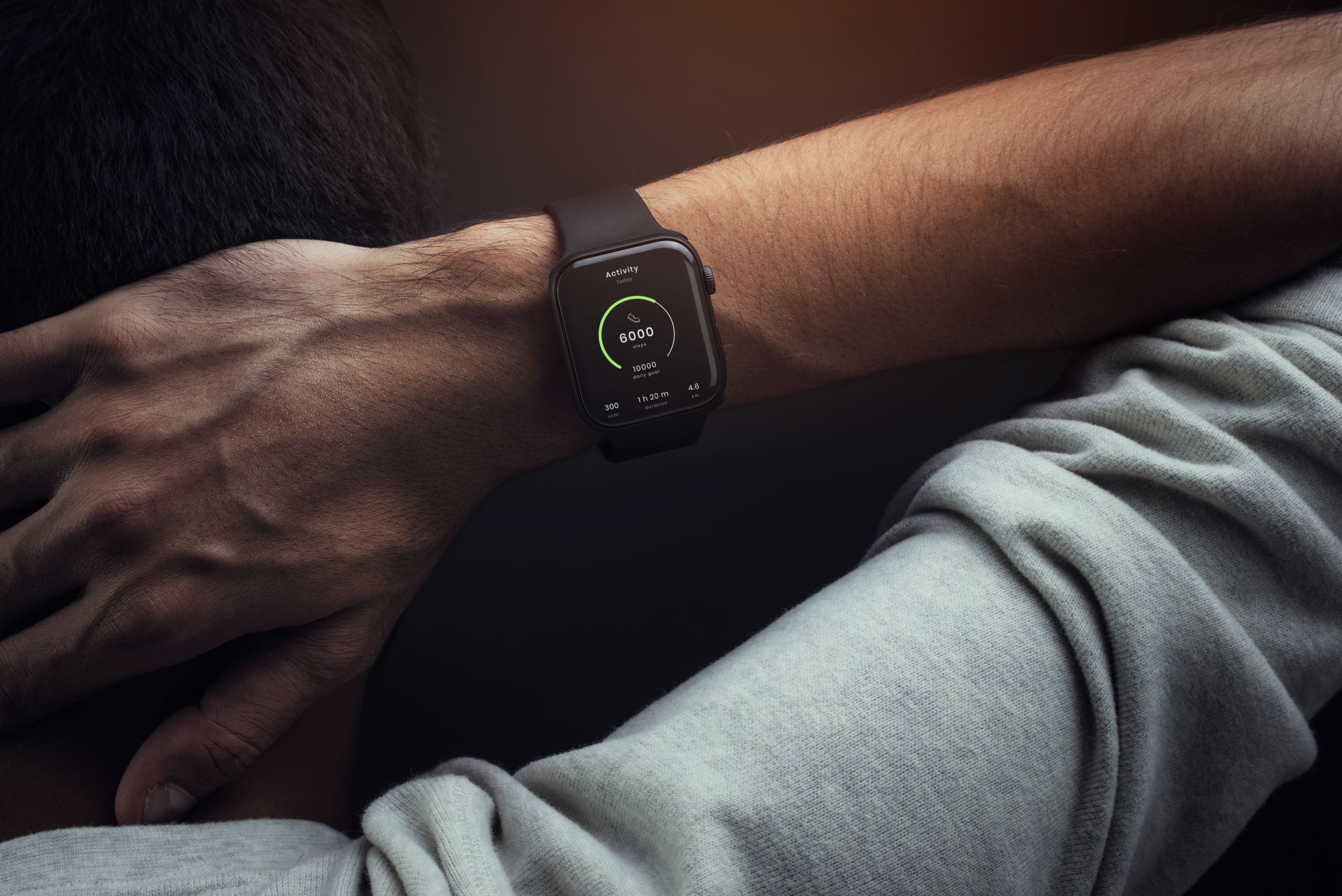 Smartwatches may allow users to send and receive messages and make phone calls just like they would on a smartphone but they also gather information on health and physical activity (similar to fitness trackers). Some of the biggest tech giants have recently presented their latest smart health watches: 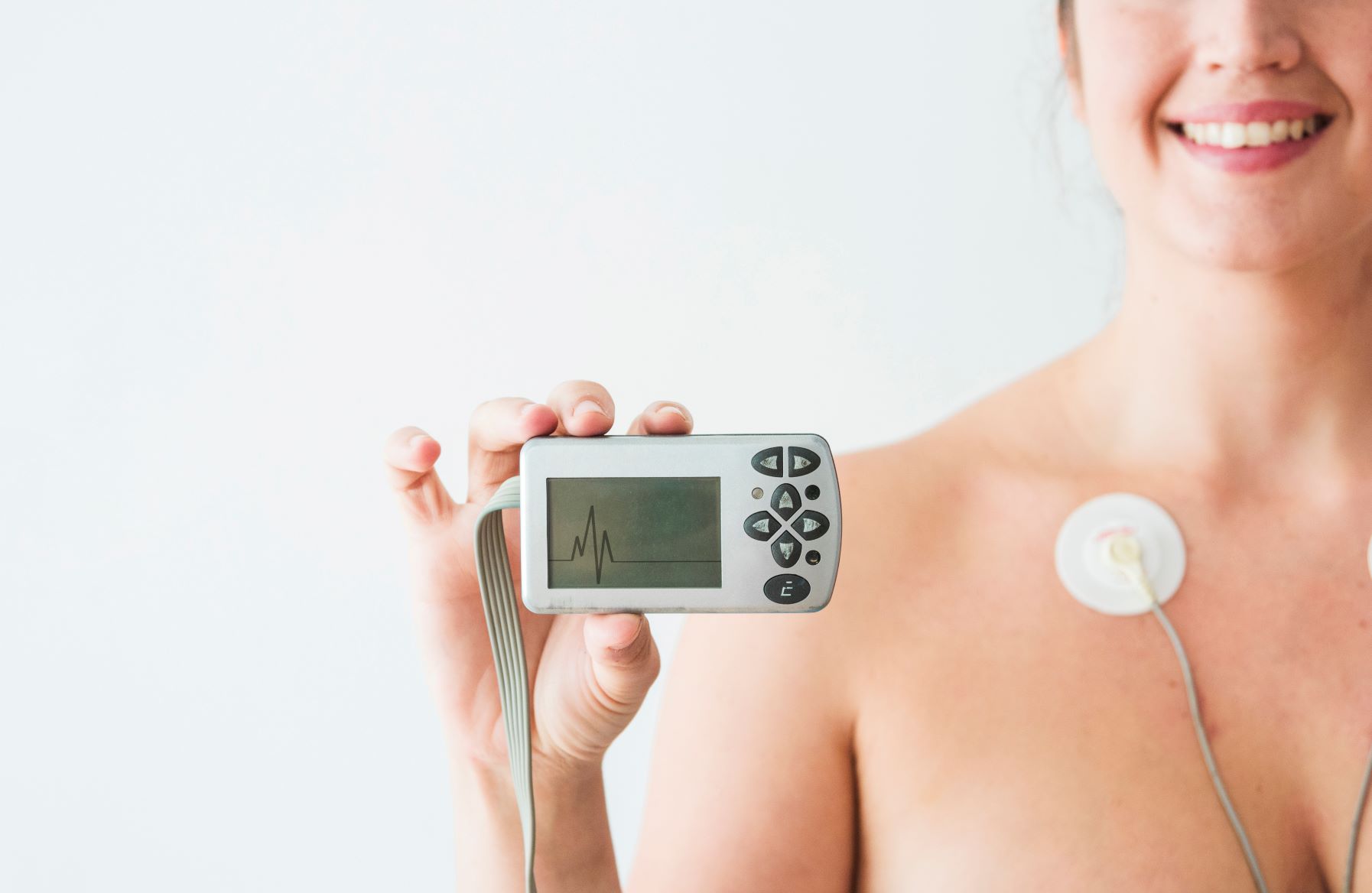 Even though some modern smartwatches are equipped with ECG sensors, they are less accurate than devices made exclusively for measuring your heart’s rhythm and electrical activity.

It may be crucial to monitor your heart rhythm if you suffer from certain heart diseases such as atrial fibrillation. Measuring heart rate and rhythm can also help those who do daily exercise and pregnant women. A wearable ECG tracker may come with patches or a check strap that allows you to attach it to your chest. You can also find trackers that measure your heart rate when you simply put your fingers on them and they send data to your smartphone. There are also ECG trackers that you just need to place on the left side of your chest to get data in real-time.

These gadgets help monitor oscillations in a person’s blood pressure. They can be carried on the wrist or fingertips as well as the upper arms, and their size is considerably smaller than conventional blood pressure monitors.

The wearable blood pressure monitoring device market currently boasts a large number of participants including the OMRON Corporation, the Nokia Corporation, and Xiaomi. With numerous big players involved in this market, we can be sure that innovative and advanced wearable devices will continue to be launched on a regular basis.

It is worth mentioning that in 2021, the market for wearable blood pressure monitors was worth US$1.8 billion. By the end of 2032, experts predict considerable growth with the demand for these devices expected to hit US$8 billion.

Wearable biosensors are portable gadgets with sensors that can be attached to the human body as patches or in the form of tattoos, clothing, or implants to collect various health data.

Biosensors represent a new generation of wearable medical gadgets. The technology collects information on the patient’s temperature, heart rate, and respiration rate. One of the most recent innovations, announced on April 6, 2022, is a new wearable biosensing device the size of a coin.

A group of scientists from the Faculty of Engineering of the University of Hong Kong has managed to come up with the world’s smallest device that can detect even the weakest electrochemical signals. Such an invention can be employed for personalized tracking of various biosignals including glucose levels and the levels of antibodies in blood and sweat. This allows for monitoring conditions such as diabetes and cardiovascular diseases. 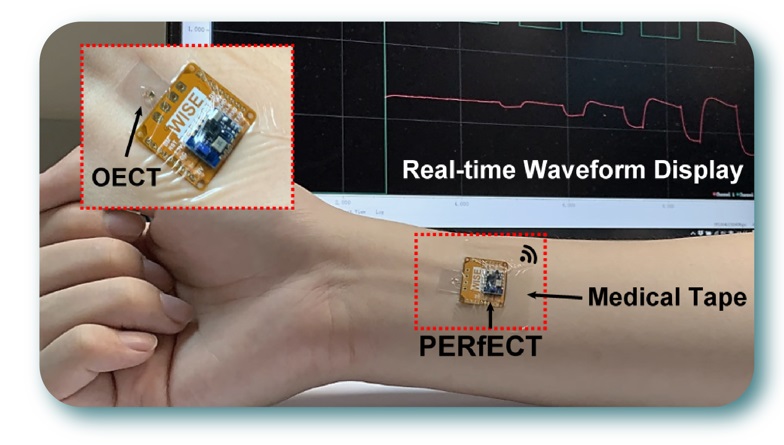 The latest developments in healthcare and technology have led to the creation of accurate wearable medical devices that allow their wearers to keep track of their health around the clock in nearly any environment. In addition, wearable health devices make it possible for clinicians to remotely monitor their patients. New wearable technologies are more than a monitoring instrument and are crucial not only for clinics and rehabilitation centers but also for improving telehealth and “at-home” care.

Gaining knowledge of new, revolutionary and/or niche industries, including the wearable medical device market, is anything but easy. RightAngle Global provides its clients with quality knowledge by recruiting experts for each individual project. If you have a project that requires valuable insights from healthcare experts get in touch with us.

James Webb Space Telescope: after the first images, what’s next?

Smarter, safer and traffic-free – is this the new face of the transportation industry?

adminTop 5 wearable healthcare technologies: trends and forecasts08.22.2022
Register as an Expert
🍪 We use cookies to improve your experience on our website.     Find out more.